It exited beta at the beginning of March 2017.

From finPOWER Connect version 2.03.00, Business Layer help is included with the finPOWER Connect installation. This means that the separate help file that was previously supplied is no longer required.

Business Layer help is always available from the Script code page, but the best enhancement is context sensitive help. It is now possible to directly access help for a specific method, function or object without having to search for it.

The charges were filed under the Credit Contracts and Consumer Finance Act 2003 (CCCFA). Eleven charges (between 6 June 2015 and 28 April 2016) relate to failing to disclose the required information to its customers about their consumer credit contracts before the contract was entered into. Many of Best Buy’s consumer credit contracts failed to disclose important information such as an accurate statement of the amount or number of payments needed, an accurate statement of the debtor’s cancellation rights, and the right to apply for hardship relief.

Five charges (between 6 June 2015 and 31 October 2015) relate to a contract clause which was likely to mislead customers into thinking Best Buy had a right to repossess goods when it did not, failing to meet disclosure standards under the CCCFA.

Best Buy will be sentenced later this year.

To read more, go to The Commerce Commission website.

Secured Signing continues to develop its digital signature and workflow platform with their Summer 2017 release, the largest ever package of new capabilities and enhancements, providing customers with an unmatched breadth and depth of capability for online signing.

Responding to engagement with its customers, Secured Signing, the preferred partner for e-Signature solutions, made their Summer 2017 release available to customers, delivering better control for administrators, new tools to include interested parties in the signing process and many enhancements to tailor fit the online signing workflow to business needs.

This release provides customers with more than 100 enhancements to the Secured Signing digital signature and workflow automation platform, all with a common theme of giving the customer finer control of how Secured Signing works for them. Significant new capabilities headline the release including an all new portal to better manage enterprise plans, including reviewers in the signing workflow, the ability to include additional notification and completion recipients in the signing process, configurable reminder schedules, expansion of the public forms library and the addition of an attachments library.

In this first Blog article, we will introduce finPOWER Connect Cloud and give a basic overview of its functions.

A NZ Representative in our Midst

On the back of NZ’s success at the Rio Olympics, we are proud of our own Anita Cossey who spent last weekend representing New Zealand at Roller Hockey in a Trans-Tasman clash in Auckland. In her own words …

New Zealand was the host to this years 'Trans-Tasman Cup' Roller Hockey tournament, which included a Ladies team for the first time in ten years. This game is not to be confused with Roller Derby, as it is played with sticks, very hard balls and is supposed to be non-contact.

It all started for me at the National Roller Hockey Tournament for 2015 which was late and held in April of this year. This allowed me to brush off my skates, train some newbies, and enter a team from Hawkes Bay. Not only did Hawkes Bay win the Ladies division, but three of our players were included in the National squad to train for the upcoming Test Series against Australia. Many training weekends later, the National Team was named and included all three of the Hawkes Bay representatives. These are exciting times for Intersoft with the expansion of our Napier facilities. Our office space is sufficient for the current staffing levels but limits us for any future growth. The decision has been made to take over more space in our existing building. Without a Time Zone, a "date and time" could mean different things depending where you are. Midday in Sydney is 10am in Perth. Daylight Savings also complicates date and times.

So, now when you are entering a Date and Time you can include a Time Zone as well. 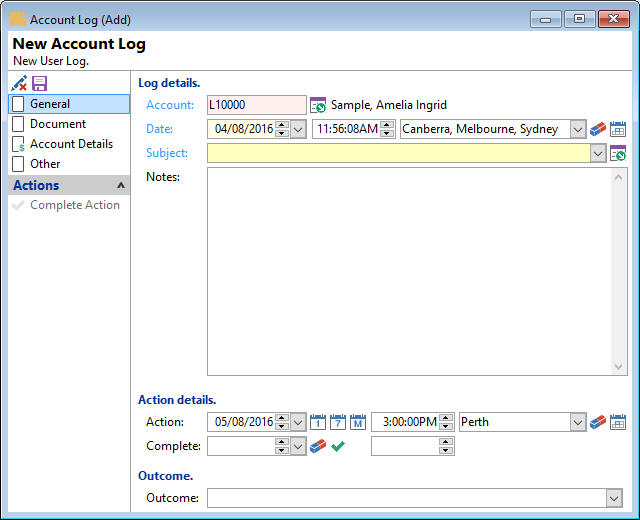 The Finance Expo is only 3 weeks away. Have you Registered yet?? If not, then Register here.

The Finance Expo is a NZ first that brings together the leading technology specialists of the finance industry along with regulators and key service providers in an informative, free ½ day session. The Finance Expo will give each of the technology specialists, regulators and key service providers an opportunity to showcase their offerings and update the attendees on the latest advances, news and developments that directly affect their industry and their business. The presentations will be followed by an informal get together to allow further discussion of the matters presented or associated topics.